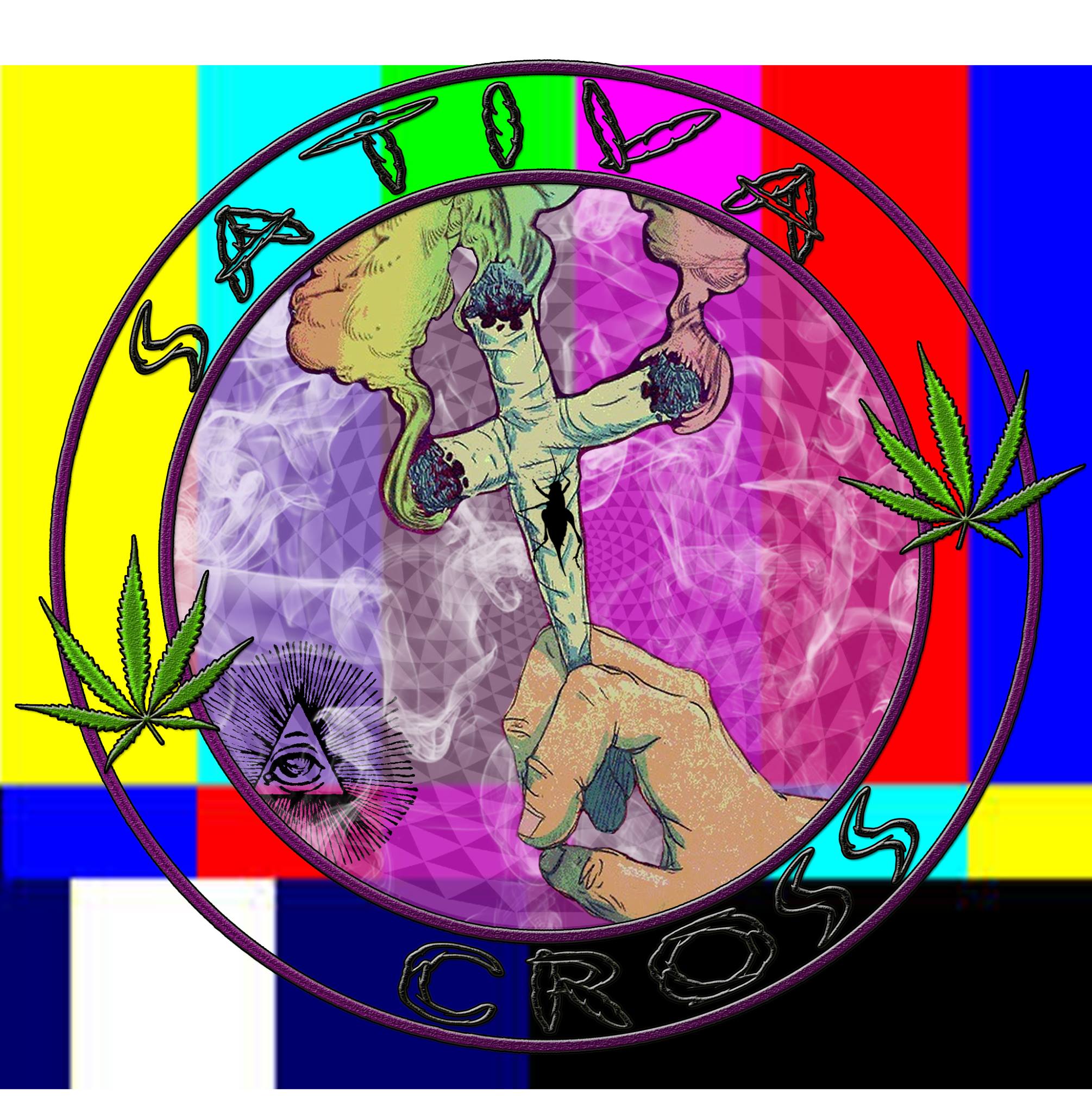 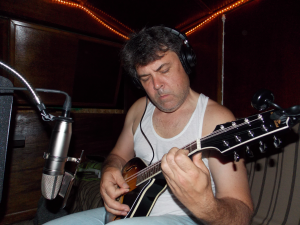 D Freshmon is all business in the studio! 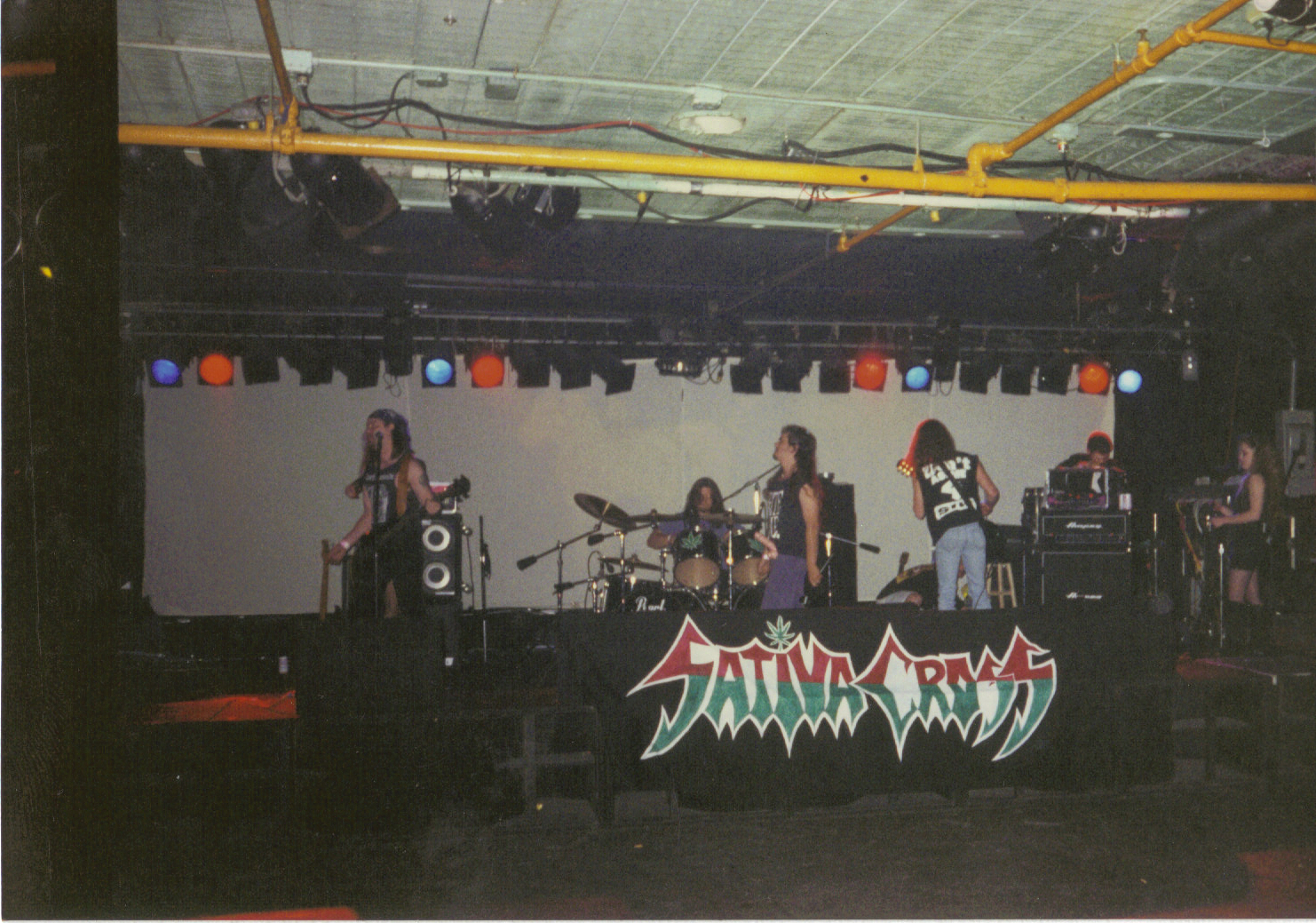 http://www.youtube.com/watch?v=OdJauwwd4CU Sativa Cross started as a punk rock band in South Amboy in 1986. Originally called the Pukechewers they strove to be the most offensive, most silly band possible. Songs like Stinkfinger, Dementions, Marijuana were both awful and funny. Lefty (The artist formerly known as Evel Ed) played bass & sang, Gary Butler played drums and Richie Quatros played guitar. It was a great project but was short lasted as Richie was found dead under the rt 1 bridge in Edison after a fall(?). Gary & Lefty continued on, until a few years later when Gary was found dead in the Edison river. Many of Sativa Cross’s songs were written during this punk rock era of the Pukechewers and promises made to these dead friends will be kept. These songs will finally be made! 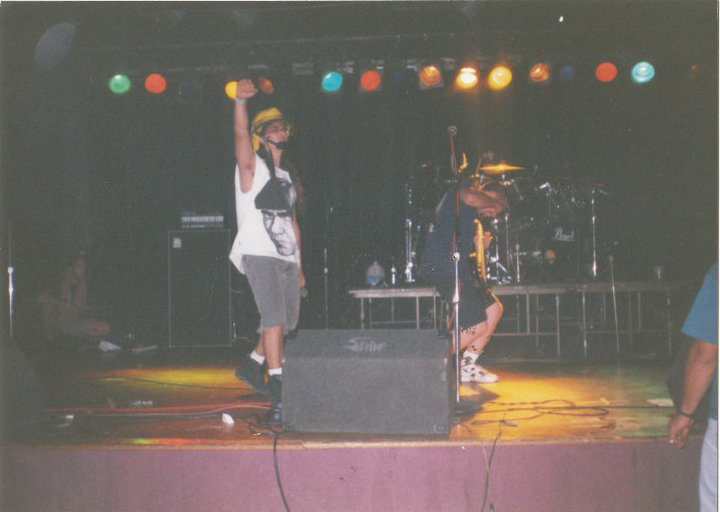 Sativa Cross reformed as a heavy metal band in the early 90’s with Lefty singing, Roy Dey on guitar, Mark Marciniec (of the Markus James Incident) on drums, Rusty Brake on Bass and John Jones on Bass. Songs like School Free Drug Zone and Timebomb would rock a concert hall. A guitar was sacrificed for every show by being smashed over Lefty’s head. The band was featured on the Rikki Lake Show “I Hate My Neighbor” highlighted by Lefty self-smashing a guitar over his head and eating it. Normally a helmet is worn and an audience member will smash the guitar but the Rikki Lake Show wouldn’t allow it so they took Lefty’s helmet away. 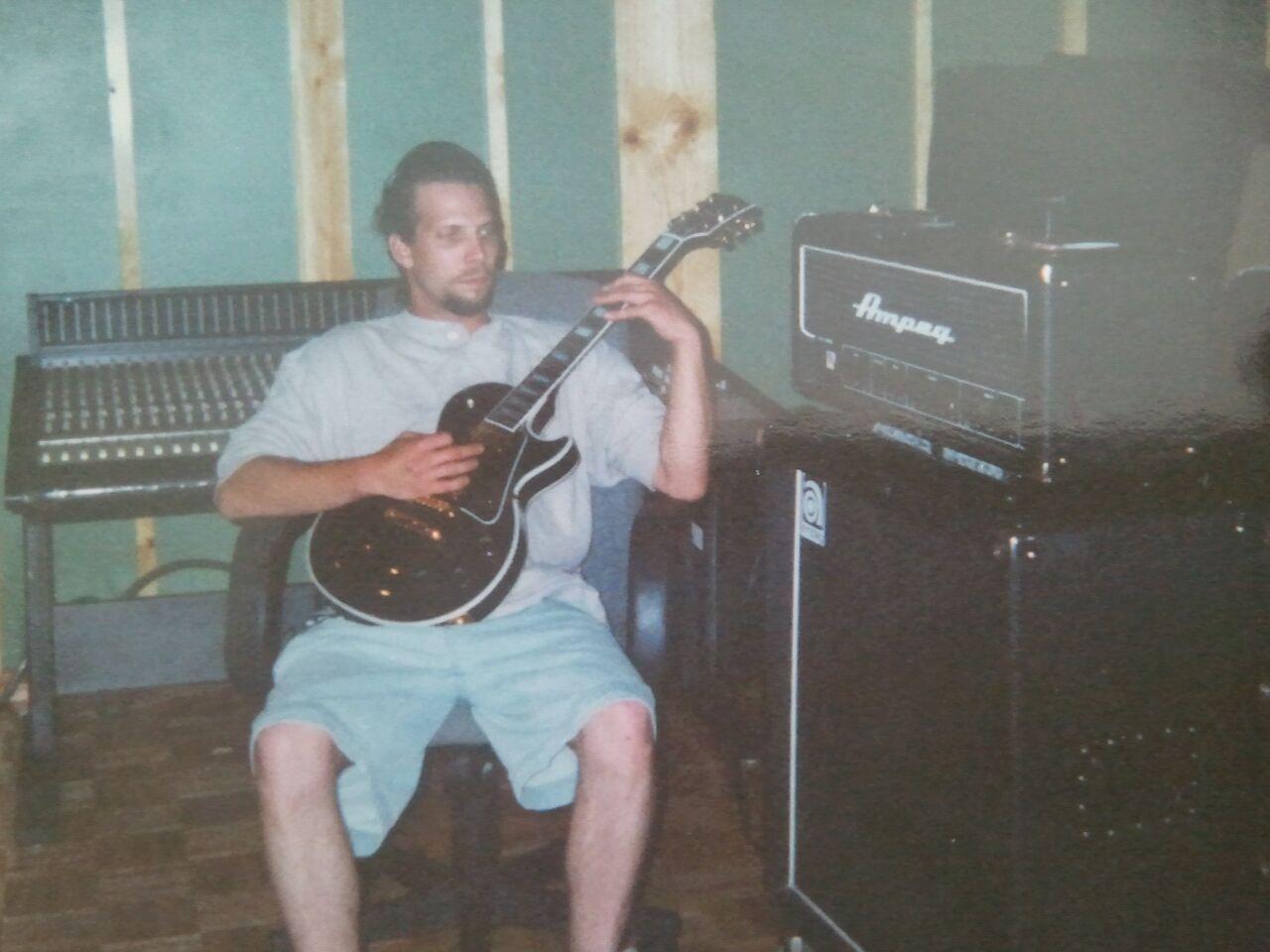 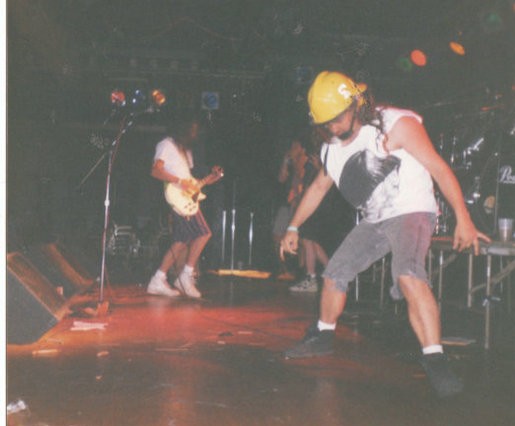 Lefty was only allowed to “strum along” to the song as it played. The band lied to producers and instead of the guitar being strummed Lefty smashed it over his own head, with no helmet and then proceded to eat the guitar live on TV to the shock & dismay of Rikki Lake and her audience members. That said, the band was brought back on the show repeatedly so Rikki Lake wasn’t really that mad..

VIDEO: CLICK ON LEFTY TO SEE HIM SELF-SMASH A GUITAR AND EAT IT ON THE RICKI LAKE SHOW!

http://cdn.makeagif.com/media/12-31-2013/vpbNIa.gif   Lefty & his good buddy D Freshmon recorded the Sensimelia Sessions during a snowstorm in Jamesburg during the mid 90’s. They recorded Marijuana, Sweaty Betty, Goin Home To Feed That Pussy, Bowel Bong Bung, Living Abortion, Wacko From Waco, and others. The guitar work on this recording by DFreshmon is outstanding. Lefty going back to his “Johnny Cash” vocal style made the recording quite eclectic. This amazing recording was erased by engineer Mr Bill because of an outstanding bill of $14, but the groundwork was laid for Sativa Cross’s future. 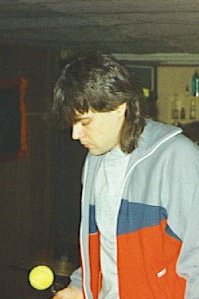 D Freshmon is a classical trained musician. His studio is filled with guitars and guitar books from everyone from Mozart to Uli Roth. Fresh plays piano and mandolin as well as an assortment of guitars including a Les Paul custom, Telecaster, Stratocaster, 12 string, BC Rich, as well as his own designs….the list goes on…Fresh plays all genres; Country, Rock & Roll, Classical, Metal, Blues, Jazz, Punk…I’m sure the future will include Dub Step & Hip Hop too…                Lefty also played keyboards & backing vocals for Double Green Zero with Joey Craparotta (Ashes Of Your Enemy) and the hard rock band “Lefty” with Joey Craparotta, Roy Dey, John Jones (Never Enough), Jay Auletto, J. Harvey & Kevin “Lefty” Norton. Joey Craparotta currently plays bass with the popular NJ band “Ashes Of Your Enemy” and was recently endorsed by Peavey. (Hey Joey can I get some picks & strings?) Lefty also joined Tripp Eisen’s progressive industrial glam band Ego with Preston Nash (Dope, Primer 55) and Dave Weakley (Roughhouse, Tease, American Sugar Bitch) Lefty sang lead on songs “Kill OJ!” & “God Ungood” while playing keyboards & samples. Tripp is the greatest showman, changing outfits & guitars between songs which was fine with the guitar-chewing Lefty. Lefty was with Ego until Tripp moved on to commercial success with Marilyn Manson, Dope & Static X. [Edit] Before you start hating on Tripp, consider why you’d hold him to a higher standard than Jerry Lee Lewis, Elvis Presley, Jimmy Page, Steven Tyler, Ted Nugent etc…Those guys bragged about all the underage groupies they slept with over the years. It’s rock & roll mannnn and I dont think they’re checking ID’s at 2am on a tour bus! Tripp made a mistake and paid for it yet he’s still being punished for it. He’ll land on his feet cuz he’s too damn talented not to!] 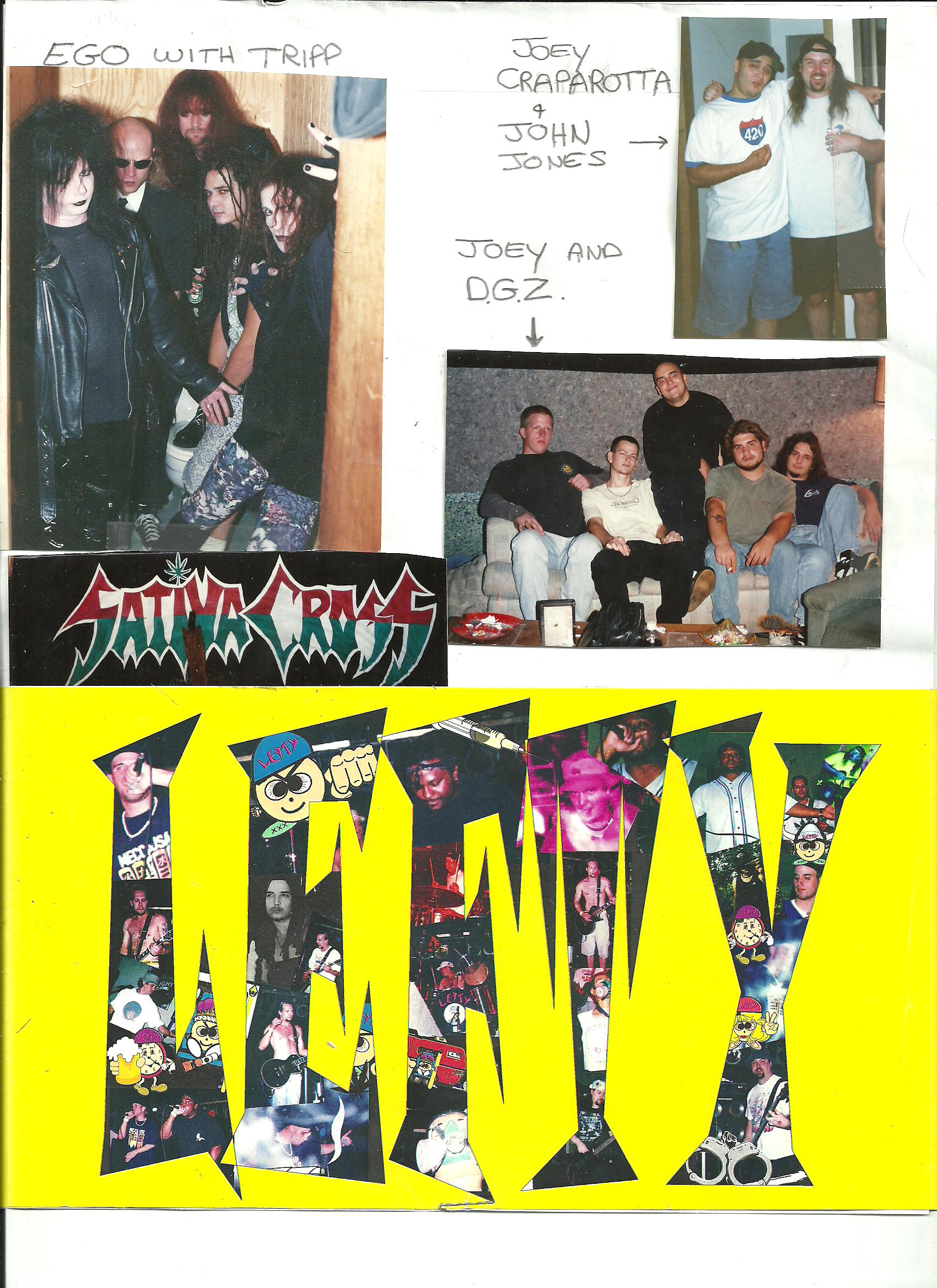 Lefty experimented with electronic music with Pauly Maimone and Sympty Productions in the mid 90’s. Armed with a Nord Lead, Rave-O-Lution 309, Roland 505, Korg X3, a pair of Technics 1200’s and Pioneer CDJ1000’s Lefty became a turntablist and live performer. Sympty created the Countdown to the Millennium Series, which went on for many years. Lefty helped build Sympty productions as a performer and sound engineer along with Archie Joyner, Jevic, Frazzle, Raphael Les Freud, MTech, Dr Stepper, Dirty Human and countless othes. Lefty also worked with other production companies like Chemically Unbalanced, Koncept Crew, Eden, Demented & Frazzled. Sympty’s Big Pauly was world reknowned up until his untimely death in 2003. R.I.P. 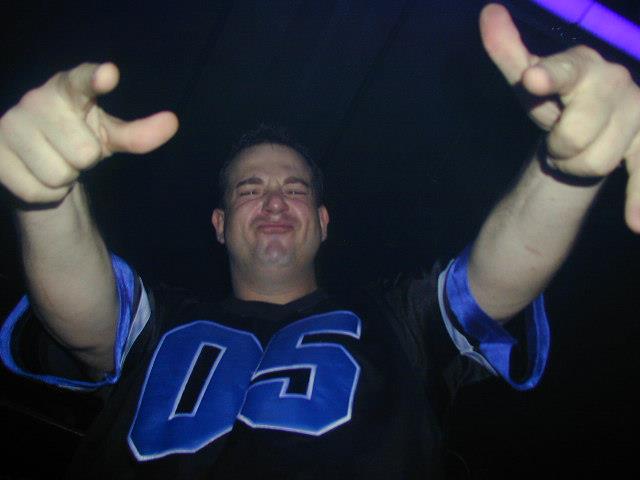 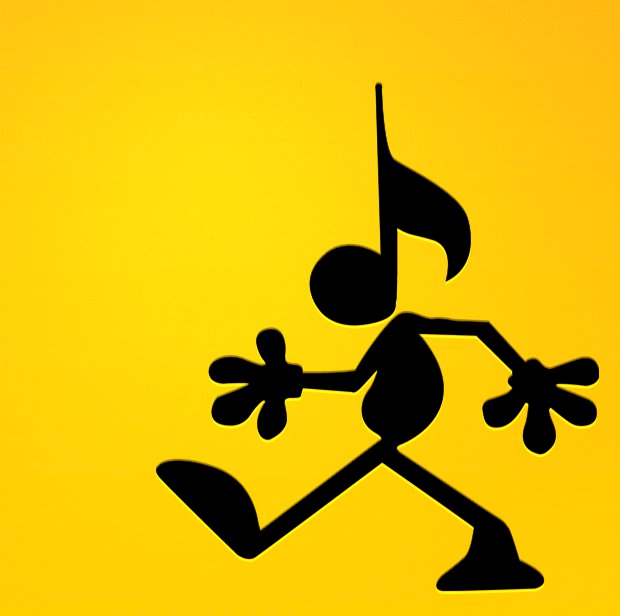 In 2003, Lefty’s life hit a wall when he suffered a horrible disabling fall at his job and was laid up for years recovering from multiple spine surgeries. Laying in bed all those years in horrible pain, taking awful drugs made him hungrier than ever to make music again. After an epiphany during a bowel movement, it all became clear the reason for being left on this 3rd rock. Lefty used medical marijuana to get off opiates, nerve blockers, & muscle relaxers. Something the doctors told him could never be done. Cannabis CAN save lives! Lefty also plays bass guitar, keyboards, saxophone and drums. (Cannot play drums anymore because of the injury) Most of these songs were written by Lefty singing or playing the riffs on bass and then watching Fresh make his magic. Sometimes we’ll just record Fresh until he makes up an incredible riff and then we’ll take it and build a song. Lefty has over 30 years experience in audio engineering & music. For decades he worked for a large company running the auditoriums, satellite uplink/downlink, webcasts, video conferencing, production & recording. He lost his job due to the injury and still suffers with chronic pain, scaitica & spasms. Lefty supports CMMNJ, The Love Nugget Foundation, NORML, & FEAR. Sativa Cross is creating awareness for children with epilepsy and other diseases treatable with cannabis. [Edit by Lefty:] “My entire life changed in a matter of seconds and will never be the same. You never know what life will have in store for you. Life is so so short and you are all here for a reason. It’s crazy how some people come in & out of our lives and why others are taken from us very young and why others linger. Finally being able to take a musical shit on the world will continue my life’s mission, and I hope to linger like a bad fart if only to annoy sophisticated pseudo intellectuals. The perverted, offensive lyrics are a product of a perverted offensive society and are meant to be taken totally tongue in (ass) cheek.” [/Lefty] 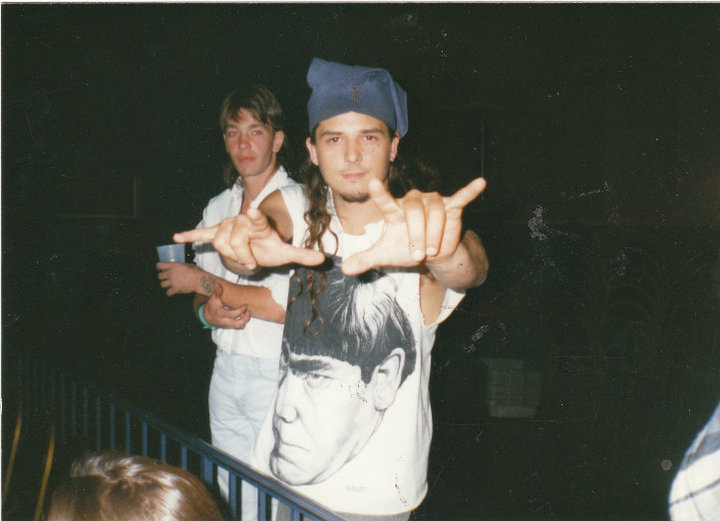 Finally in 2012 Sativa Cross is making a comeback. Complimented by the unheralded and amazing guitar work of D Freshmon, the Funniest Funkiest Filthiest Pot Songs Ever has finally been realized. Some Rock & Roll, some Country, some weird, but all in good fun. Sativa Cross recorded songs like “Why’d You Flush My Weed Down The Toilet Bowl?” “School Free Drug Zone” “The Homeless Song” as well as older jammies already mentioned. The future is bright for Sativa Cross as they release free music videos all summer. “Bowel Bong Bung” is the first release highlighted by Lefty singing on the toilet about shitting in the toilet. Mixed by Emmy Award winning Jenna Emens  ( B-Sides Radio 91.5FM ). Helping produce Sativa Cross is Lou Sosa. July’s first video is the pot anthem “Take My Bong And Smack You Upside Your Head” featuring Sweaty Betty. Sweaty Betty has her own music video too, recorded in Bayonne, called ” ‘Ol Sweaty Betty The Pot Farmer (LeadLesson #6 7/8) ” August’s featured video was made in 1993. Recorded by filmmaker Mitch Siff, it’s a parody called “Living Abortion” about a Central Park jogger getting an abortion, a most shocking & disturbing video from the punk rock days of the Pukechewers. “Feed That Pussy” is an unplugged little ditty soon to be remade into a shitkickin hillbilly hoedown. “Pieces” is about the perils of smoking pot on a railroad track.   2013 TO PRESENT  Rather than watching cooking shows all day, Lefty & Chuck decided to partner with the Illuminati to save the world. Lefty & Chuck are medical marijuana patients on a mission to deliver the CUMMA guidelines to the police since Chris Christie never did. We’re asking police where we can legally smoke cannabis. It’s been very educational. 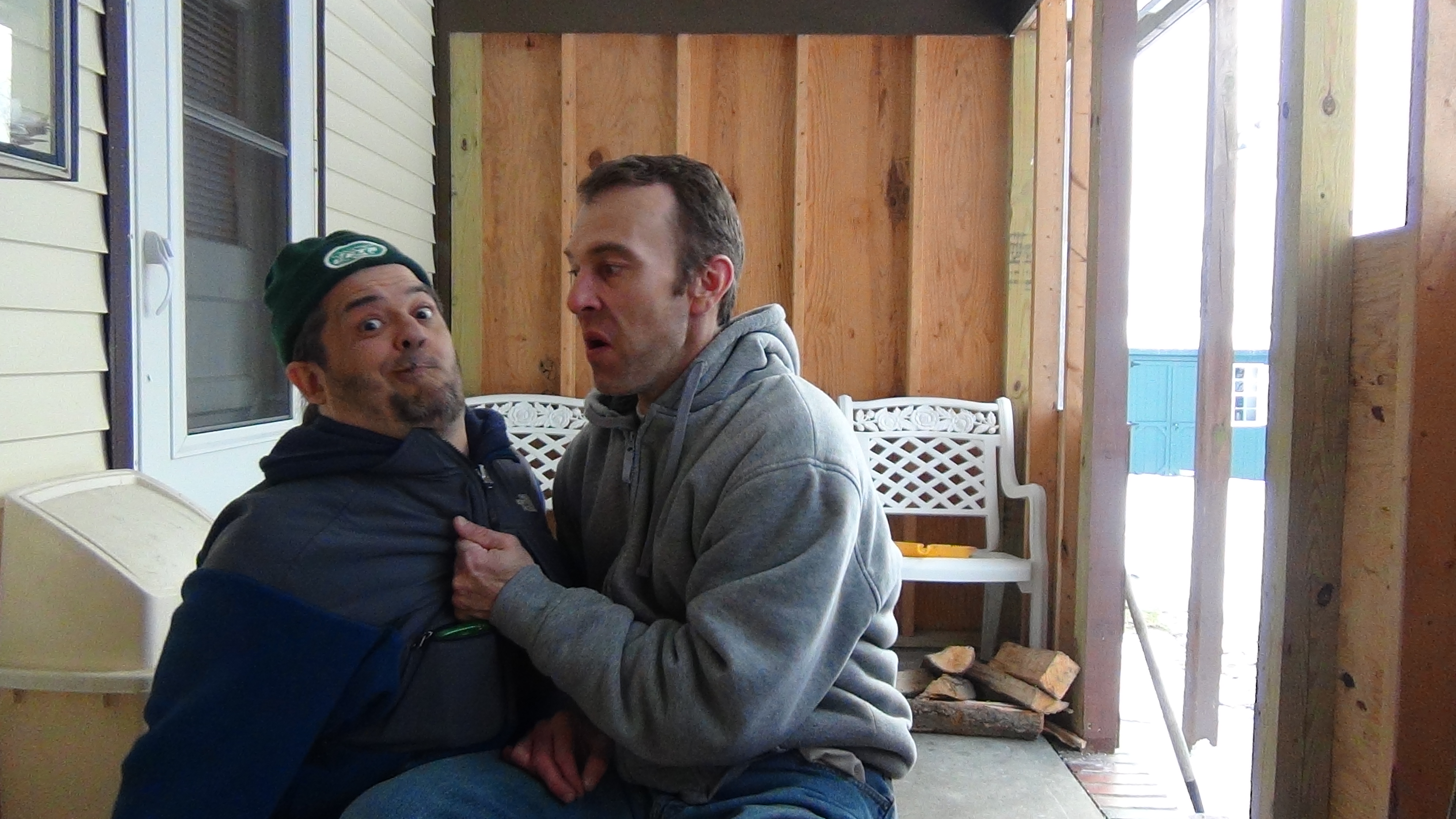 VIDEO FOR: “BOWEL BONG BUNG”! KINDLY CLICK ON THE BIG BONG BELOW! 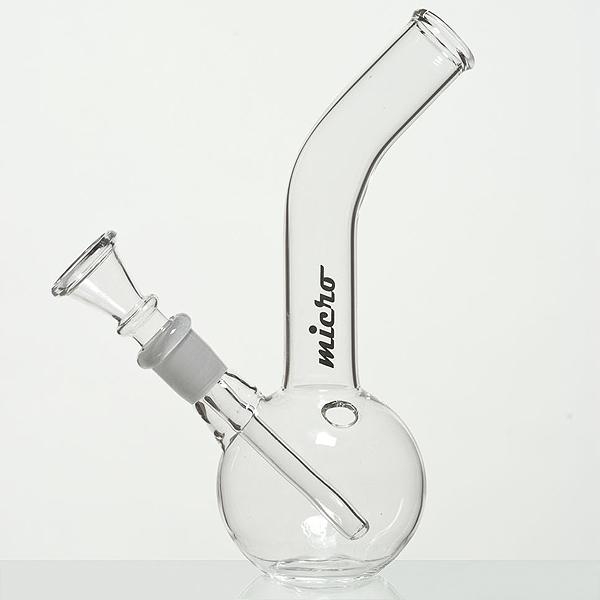 VIDEO FOR: “TAKE MY BONG & SMACK YOU UPSIDE YOUR HEAD”! KINDLY CLICK ON THE BIG BRAIN BELOW! (yes that’s Lefty’s brain!) 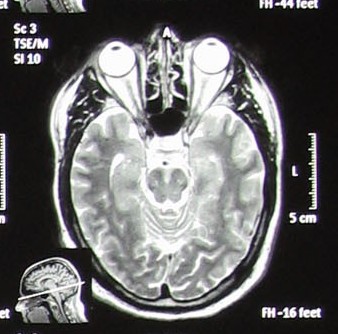 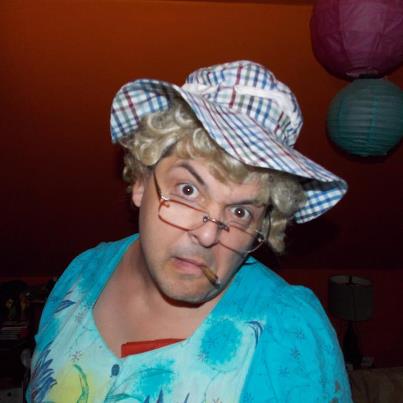 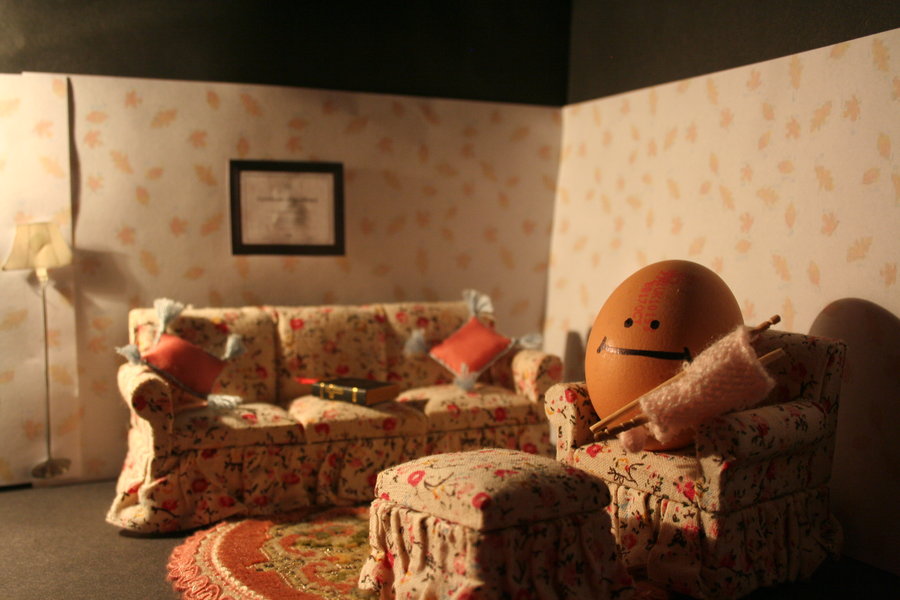 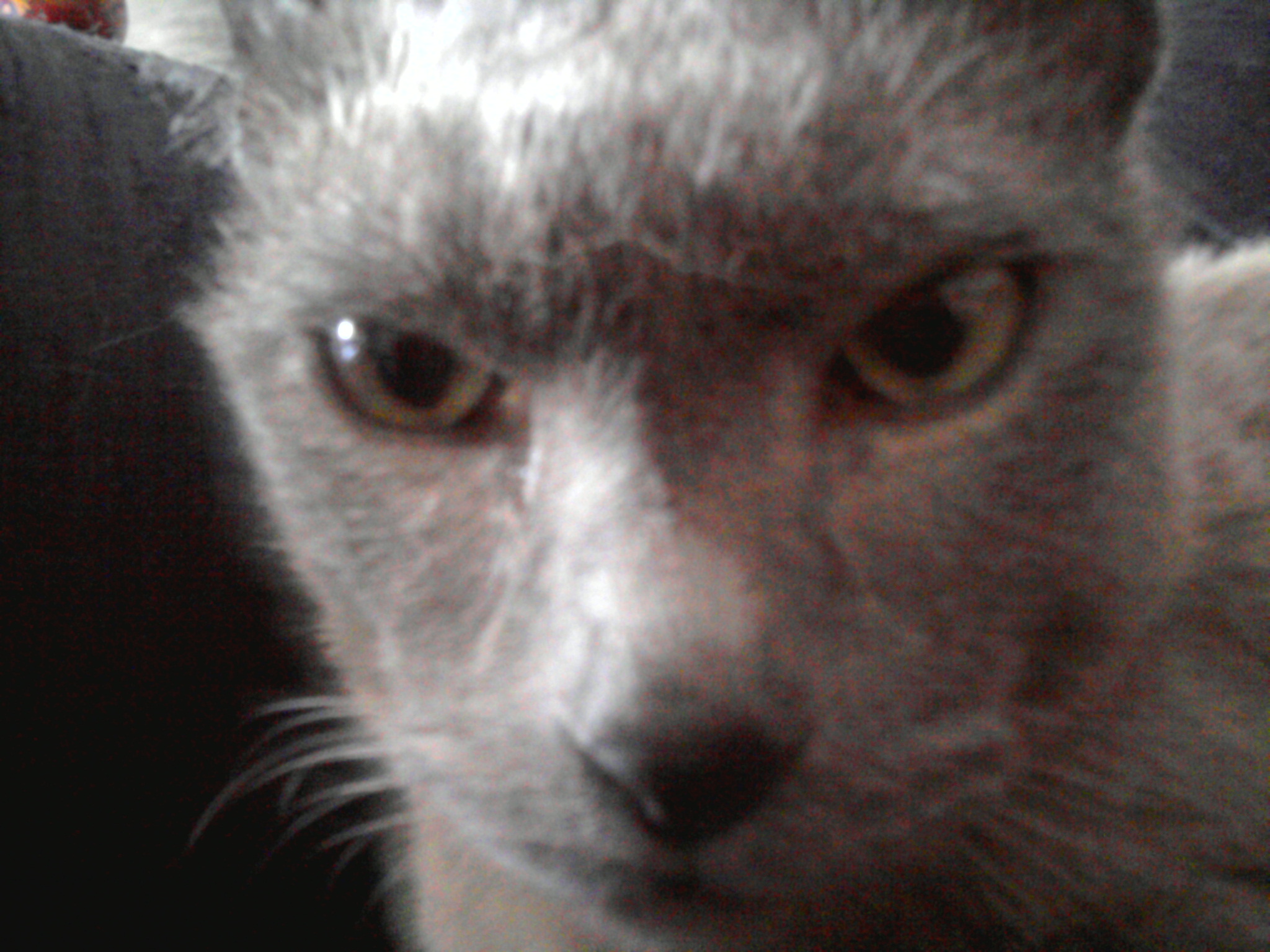 VIDEO FOR THE SONG “420”: KINDLY CLICK LEFTY PROTESTING BELOW! 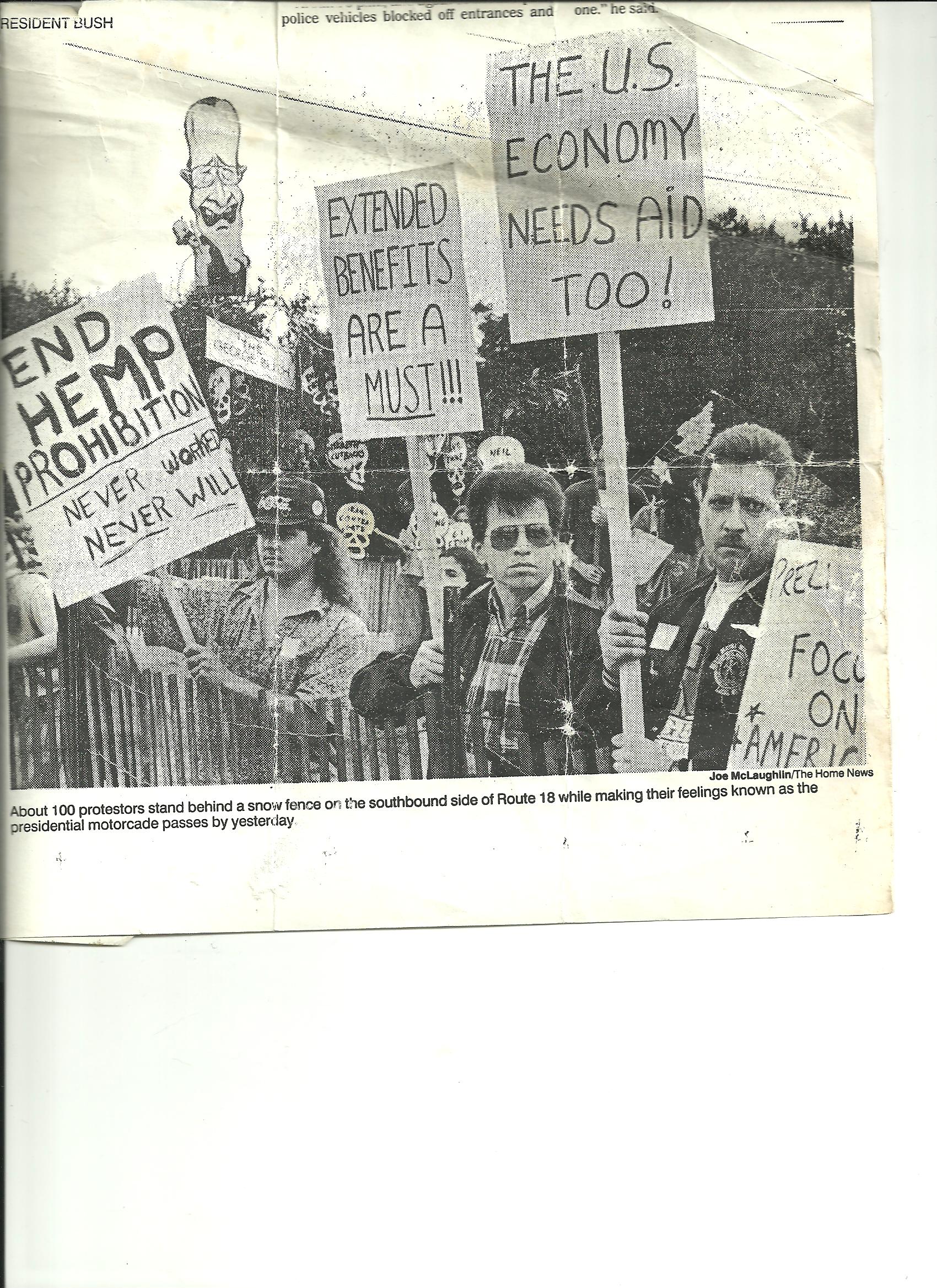 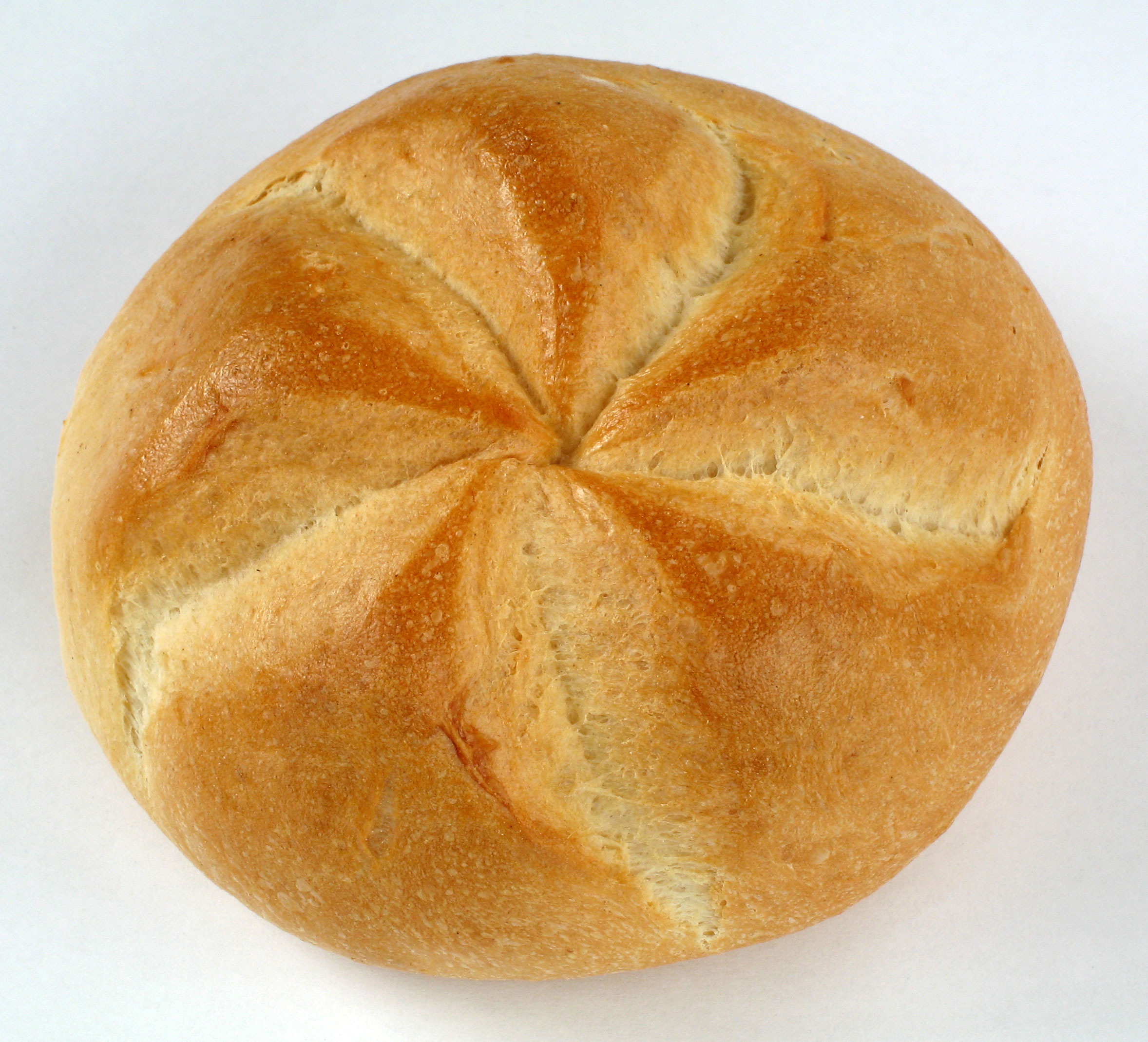